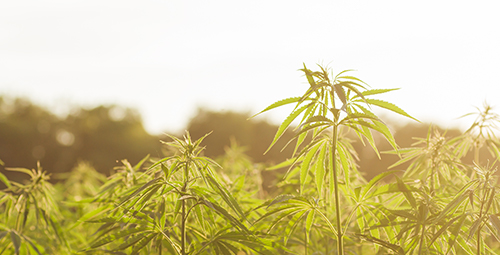 The full legalisation of cannabis in Canada in 2018 opened the door for an already growing industry to gain further momentum.

But the country’s smaller cannabis producers have faced challenges as the government continues to evolve the licensing process.

Health Canada has stated its intention is to encourage both large and small cannabis businesses, but many are criticising the latest changes to the licensing process for allegedly giving larger players an unfair advantage.

Before the legalisation of recreational cannabis, the Access to Cannabis for Medical Purposes Regulations (ACMPR) was introduced to act as a framework for commercial production and distribution.
Producers have to be licensed under the ACMPR to obtain a license, and every application has to be submitted to the Cannabis Tracking and Licensing System (CTLS).

However, as Canada approached legalisation the government was inundated with license applications, producing a lengthy backlog. In response, Health Canada has introduced changes to the process to slow the number of applications.

Previously, businesses seeking a license to cultivate cannabis, process cannabis or sell cannabis for medical purposes needed only to secure a site prior to submitting an application, but now they need to have a fully built site before they apply. Once the applicant has built a site that meets the regulatory requirements, Health Canada completes an in-depth review of the application, in priority order based on the original application date.

It is still unclear how these licensing changes will affect existing cannabis applicants and what the process will look like moving forward, if they do not yet have a fully built site.

While larger players backed by corporate interest might easily raise the capital to build a facility, smaller growers and processors are likely to face financing impediments.
Given that building a facility does not in itself guarantee a license, completing a site prior application is high risk. Many believe these new regulations are creating an uneven playing field in the Canadian cannabis industry, where large conglomerates are favoured at the expense of smaller companies.
Organisations representing Canada’s small growers and processors have been vocal in their opposition to the new regulations and have released a statement calling for a “total policy reset”. 1
It remains to be seen whether these new licensing requirements will be successful in speeding up the length of time it takes to be granted a license.