Within the framework of a recent corporate tax reform in Belgium, new interest deduction limitation legislation has been introduced further to the implementation of the European Anti-Tax Avoidance Directive (2016/0011). 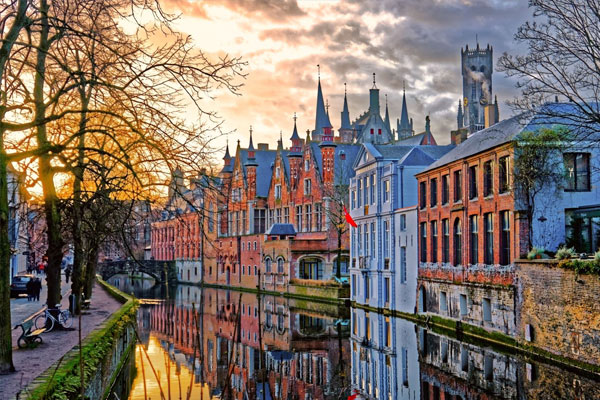 Accordingly, the “exceeding borrowing costs” are not considered as tax deductible1insofar they exceed the company’s interest deduction capacity which is the highest of following two thresholds : (i) EUR 3 million or (ii) 30% of the company’s taxable EBITDA. The rule will enter into force as of 1 January 2019.

Only loans concluded as of 17 June 2016 are taken into consideration. Loans concluded before this date fall outside the scope, unless they have been substantially modified after this date.

It remains unclear what should be understood by “substantially modified”. By way of example, the Belgian government indicated that following acts can be considered as substantial : a change of contracting parties, an adjustment to the interest rate or to the maturity date.

If a loan is excluded from the new rule, then it will be subject to the “old” thin capitalization rule whereby the deductibility of interest payments will be disallowed to the extent that the total tainted3 debt and all intragroup loans exceed five times the company’s equity.

The “exceeding borrowing costs” are calculated as the positive difference between (i) the tax-deductible financial costs that are not allocable to a permanent establishment which profits are tax exempt according to a double tax treaty and (ii) the taxable financial revenues and economically equivalent taxable revenues which are not exempted pursuant to the application of a double taxation treaty.4

The taxable EBITDA is based on the tax adjusted accounting result (including disallowed expenses). This amount is increased with the tax deductible write-offs and depreciations as well as the exceeding borrowing costs (with the exception of the non-deductible part), and decreased with income which is tax exempt (for example: income benefitting from the dividend received deduction regime, the patent income deduction regime, the innovation income deduction regime, income which is tax exempt further to an applicable double tax convention), profits stemming from the execution of a public-private partnership and the transferred threshold amounts which are deducted in the framework of the new tax consolidation regime.

The exceeding borrowing costs which could not be deducted can be carried forward indefinitely.

If a Belgian company or permanent establishment of an EU company, is part of a group that also includes other Belgian companies, the exceeding borrowing costs, the taxable EBITDA as well as the EUR 3 million threshold are to be considered on a consolidated basis.

This means that all payments/revenues between the Belgian companies should be disregarded, as the measure is aimed at dealing with cross-border interest payments only. Furthermore, the threshold of EUR 3 million is then allocated proportionally between these entities.5

An “interest deduction agreement” can be concluded between two Belgian group entities whereby one company transfers whole or part of its deduction capacity to the other company who has non-deductible exceeding borrowing costs. Accordingly, latter company’s disallowed expenses will decrease.

One should note that Belgian tax law allows companies to grant a higher amount of interest deduction capacity than the amount of capacity not used by the granting company on a stand-alone basis.

An example of the 30% taxable EBITDA calculation – amounts in kEUR7

Company A and B are Belgian companies that are part of the same group.

A is a holding company with following revenues and expenses:

B is an operational company with following revenues and expenses:

A exceeds the 30% threshold of kEUR 1.200. Therefore kEUR 10.800 of its borrowing costs will be considered as non-deductible.

B does not exceed the threshold of EUR 6.000. The remaining interest deduction capacity at the level of B (EUR 4.000) can be transferred to A, thereby decreasing A’s non-deductible borrowing costs to EUR 6.800. The amount which could not be deducted, will be transferred to subsequent taxable periods.