India’s taxman eyes up the funding received by the start-up (Angel Tax).

You are here: Home1 / India’s taxman eyes up the funding received by the start-up (Angel Tax...

The entrepreneurial dream is a timeless phenomenon. At the core of it lies one’s basic desire to create a product or service which serves a greater purpose, and make your own niche in the process. 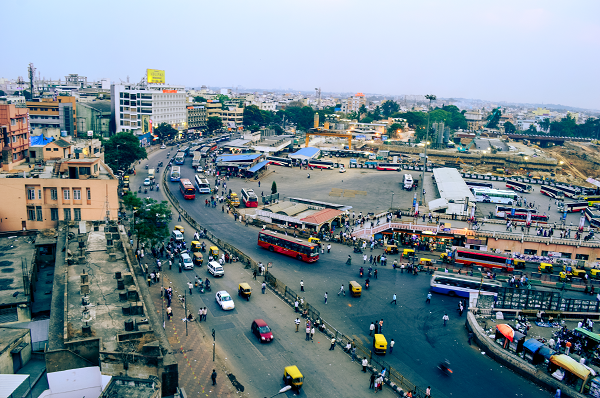 In India, the radiant faces of start-up founders after seeing the efforts of their government to build a strong start-up ecosystem for nurturing innovation and generate employment opportunities can still be recalled. However, the practical reality is somewhat different three years down the line, as instead of boosting the Government of India’s flagship Start-up India Initiative, the start-ups have been slammed with the notices under The Indian Income Tax Act.

The Finance Act, 2012, under the Measures to Prevent Generation and Circulation of Unaccounted Money Section introduced u/s 56(2)(viib) of the Income Tax Act. If a closely held company raises funds through the issuance of its shares to an Indian resident at a price more than its fair market value (FMV), then the amount received in excess of fair market value of shares will be charged to tax as an income from other sources in the hands of the issuer. It is popularly known as Angel Tax.

Conditions for applicability of Sec 56(2)(viib) are:

If all these conditions are satisfied, then the consideration received in excess of the FMV of the shares is considered as an income of the company issuing the shares.

As per Section 56(2)(viib) and Rule 11UA(2), Discounted Cash Flow Method (DCF Method) or Net Asset Value Method (NAV Method) can be used to calculate the Fair Market Value of the shares.

The trouble is that the taxman is often unable to understand how the start-ups are valued. The start-ups are valued on the basis of the idea & business potential and not on basis of the net assets appearing in the balance sheet of the company. As per law, the valuations are not challenged when the investment is raised from the Non-resident investors or Venture Capital Funds. However, they get challenged when the funds are raised from the resident Indian investors, Angel Investors. Further, the Assessing Officers have issued notices asking for the details of the angel investors, their source of income, bank statements and copy of Income Tax Returns. Thus, it is discouraging the angel investment in start-ups.

Lately, the Income Tax Department has also started issuing the Show Cause Notices to the valuers asking for the basis on which the valuation certificates have been issued by them.

Steps taken by the government

With the intent of rendering the promised benefits to the start-ups, the Central Board of Direct Taxes (CBDT) issued a statement on 20th December’ 2018 stating that “No coercive action and measures to recover the demands of completed assessments under Income Tax would be taken against start-ups and angel investors. CBDT recognizes that start-ups are going to bring a lot of innovation to the country and, therefore, have to be supported in every possible manner.”

Further, the Department of Industrial Policy and Promotion (DIPP) had issued a notification on 11th April’2018 wherein a special relief had been provided to start-up companies from the applicability of Angel Tax.

The start-up shall be eligible to apply for approval for the purposes of clause (viib) of sub-section (2) of section 56 of the Act, if the following conditions are fulfilled:

Further, the DIPP has issued the Clarification on IT Notice to Angel Investors/Start-ups on 19th December’2018 that “DIPP has again taken up this matter of issue of IT notices with the Department of Revenue (DoR) so that there is no harassment of Angel Investors or Start-ups. Government is committed to protecting bona fide investments into start-ups.”

To allow free flow of capital into the startup ecosystem, the government introduced changes in the sector on February 19, 2019 after pressure from venture capital funds and startups for the past three years. Startups that have raised capital up to Rs 25 crore can now claim tax benefits, which was earlier Rs 10 crore. Also, entities will now be recognised as start-ups for a period of 10 years (as against 7 years) subject to turnover not exceeding INR 100 crores in any of the financial years (as against INR 25 crores). The government also widened the definition of startup and introduced new waivers.

On an overall basis, although the notification is welcome and provides some relief (which was long overdue) in terms of enhancing the limits to qualify as a start-up, and provides an additional incentive in the form of increase in aggregate amount of share capital and share premium post issue of shares (INR 25 crores for residents and no limit for non-residents), the restrictions on investments to be made by start-ups are quite stringent and impose challenges on the start-ups and their operations.