You are here: Home1 / Putting human capital on the balance sheet

Accounting standards are unreceptive to the concept of human capital. Yet if people are recognised as a vital resource of a company, arguably they should be measured and put on the balance sheet. 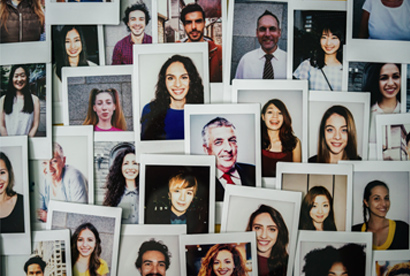 Recent changes in accounting practice, such as integrated reporting, may ultimately lead companies and their advisers to recognise that human capital belongs on the balance sheet.
For example, when sports stars like Romelu Lukaku sign new contracts with their teams, the value of such contracts is now being capitalised in a bid to recognise the value of the team’s human capital.

Business leaders often say that people are a business’ greatest assets. But is this reflected in a company’s accounts, with salaries, wages and training costs all expensed? The concept of measuring the value of an individual worker and recognising such a value on a balance sheet may seem inconceivable. But information on a company’s most important assets is clearly of value to shareholders and investors.

However, it is the substance of the event that matters most. For example, a company might not legally own an item, but if it has what amounts to realistic, probable and enforceable expectations that it will enjoy the benefits stemming from the item, then the item in question can be seen as an asset.

These facets of the definition of an asset would appear, at first glance, to defeat any attempt to recognise human capital as an asset. A business does not own its workers or their entire future output. They cannot be stopped from resigning and working elsewhere. Control, therefore, over staff ‘assets’, does not appear to exist. Yet, similarly, a company cannot claim with absolute certainty that it will always control and own the output of any piece of machinery it purchases, as there is always a possibility that it can be resold.

Therefore, the recognition of an asset on a balance sheet cannot mean that the company is declaring that it will own that asset forever. Nor can it mean that the company is claiming it has the right to any revenue generated by that asset after its sale, even though it may have improved the asset and capitalised expenditures into a monetary figure on the balance sheet. The main difference here is volition: a worker almost always has the right to cease employment, while a machine cannot make decisions on such matters.

The conceptual justification for capitalising human capital is not based on the ownership of workers. Instead, the focus is on a company’s legal right to the current and future revenue streams and economic benefits generated by the products made or services performed by workers while in a contractual relationship with the firm. Examples of future economic benefits generated for a company by human capital might include enhanced reputation and market penetration, which could both contribute to an increase in share price or sale value.

Arguably, accounting recognition of human capital would be no different to recognising manufacturing costs as a cost of inventory, which is included on the balance sheet until that product is sold, which may be several years later.

By focusing on control over the benefit flowing from expenditure, rather than on the workers on whom the expenditure was conferred, human capital may meet the control factor.